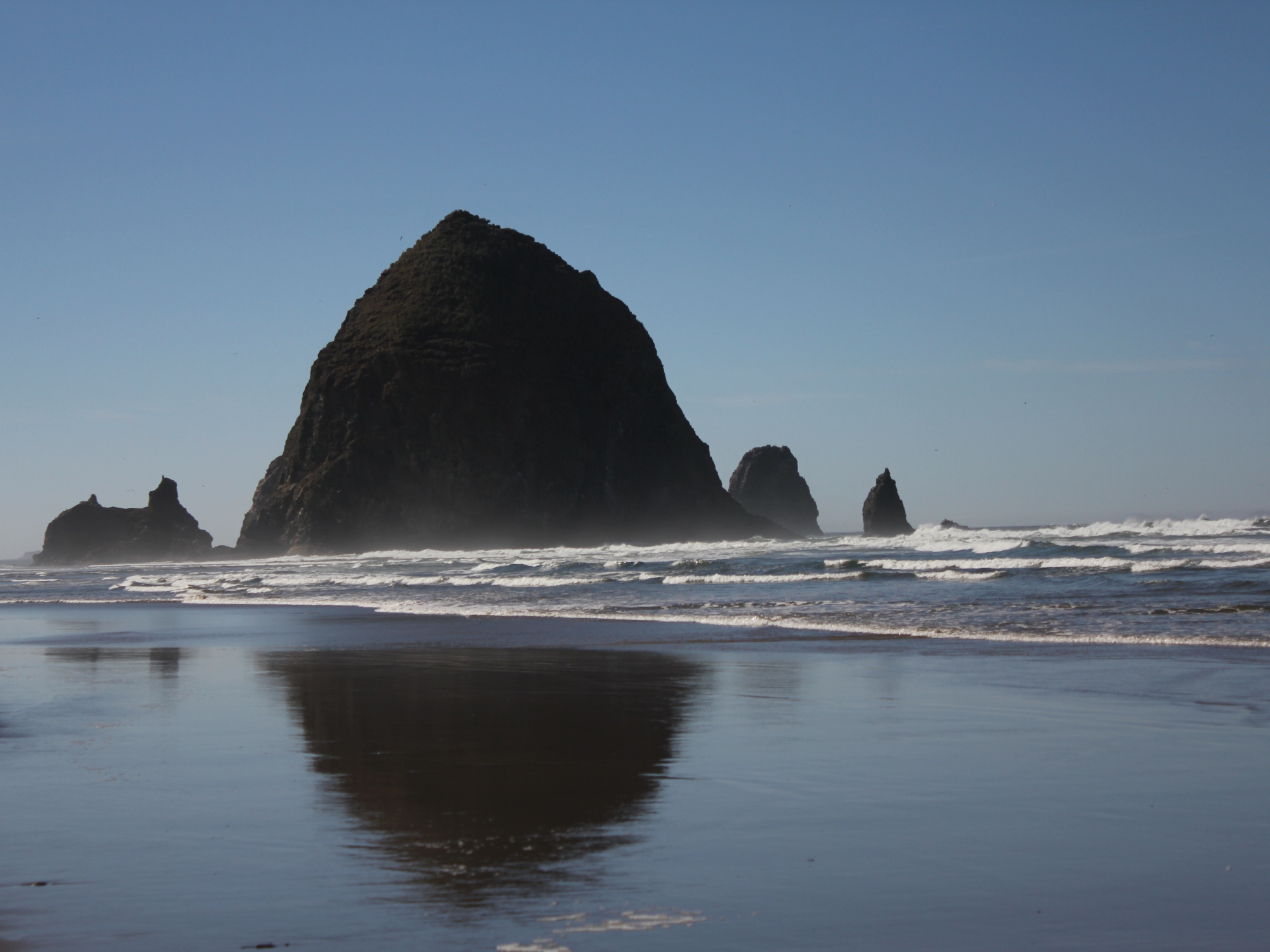 The difficult thing about traveling with your dog is that it can be difficult to find pet friendly hotels, and when you do, they often charge additional pet fees that can become quite spendy which is where pet friendly vacation rentals become the way to go. Truthfully speaking, vacation rentals are the way to go even when you’re NOT traveling with pets. They’re frequently the same price or cheaper than a hotel room and they are much more spacious.

We ended up renting a vacation home through Beachcomber Vacations and stayed in their “Eagle View” house. The Eagle View house was perfect for us. It was secluded, set off the highway and away from other houses, so we were able to let Indy out to roam freely and explore without having to worry about him going into neighbors yards or wandering all over town. It was a beautiful house with a phenomenal view and Beachcomber Vacations had fresh flowers in various places throughout the house and had left us a goodie basket with coffee mugs, coffee beans from the local coffee shop and a cooler bag, perfect for taking lunch to the beach.

We had planned on using our first day at the rental as a rest and relaxation day, but to keep a long story fairly short, we discovered upon arrival at our rental that the water wasn’t working and spent a good part of the next day working with Beachcomber to find a new house while they got the issue worked out. After a mix-up with the rental house they tried to move us to, the third time was a charm and we finally found a place to stay temporarily while they worked on resolving the water issue in our original rental house. While it was mildly chaotic trying to get where we needed to be, the staff at Beachcomber was very apologetic for something they really had no control over and were very prompt and friendly in trying to find an appropriate solution. They even had a bottle of Puffin wine delivered to the rental we ended up staying in. They had the water up and running the next day and we were able to move back into Eagle View. 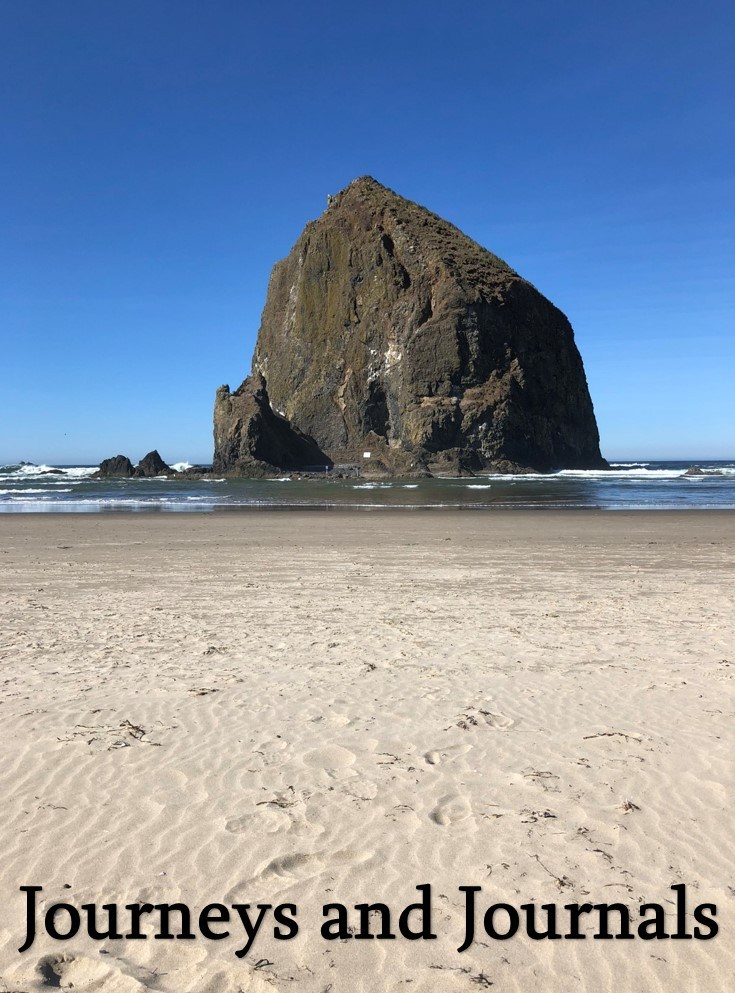 Despite the extra shuffling and a week worth of grocery shopping that also happened in there, we did still manage to get some rest and relaxation in. In the middle of the chaos, we packed up a beach bag and went to the beach. Truthfully, I hadn’t really been thinking about “dog friendliness” when choosing Cannon Beach as a destination, but I was pleasantly surprised to find that it was one of the most dog friendly places I had ever been. When we got to the beach, we found it covered with dogs and discovered that keeping your dog on a leash was NOT a requirement. We kept Indy on a leash for a while because he LOVES other dogs and we were a little worried that he wouldn’t stay close. Eventually we traded in his leash for his shock collar so he could have a little bit more freedom to roam. We picked a spot near Haystack Rock, spread out our blanket and relaxed, read and napped while listening to the sound of the waves. 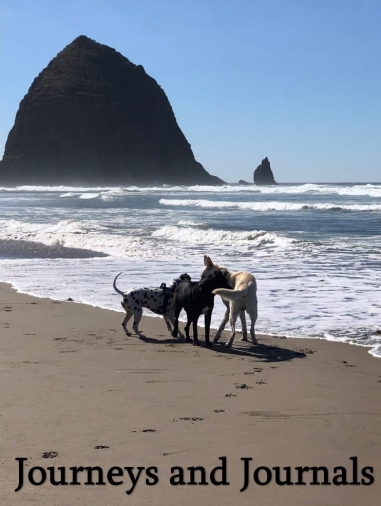 Indy making friends on the beach 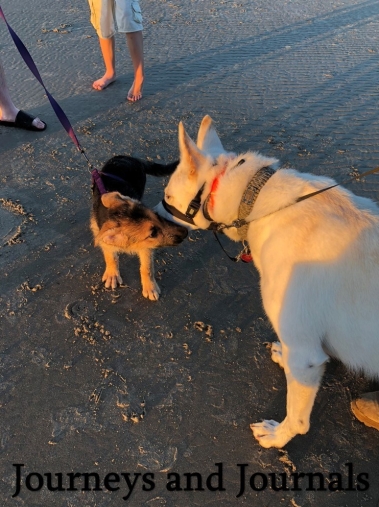 After a few hours, we packed up our things, headed back to our rentals and got our belongings all moved around to the place we actually ended up staying and then went back to the beach for low tide once we got everything situated.

Having lived in North Carolina briefly, I was familiar with the high/low tide but I had never witnessed low-tide quite like low-tide on Cannon Beach. Haystack Rock is, essentially, a giant rock in the ocean (but really close to shore) that looks like a haystack, but what makes it really unique is that it is home to an abundance of tide pools and sea life. Cannon Beach cares for this ecosystem impeccably well with a crew of, I assume, volunteers that go out every day at low tide. The crew is there to supervise and educate the people there observing the sea life. 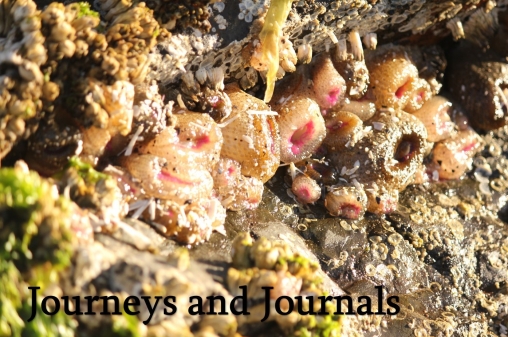 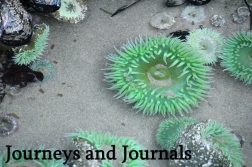 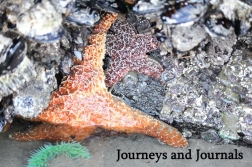 And what an amazing display of sea life it is. Barnacles galore. Sea anemones galore. A decent amount of sea stars. Actual, living sea stars. Not the dead, dried up ones that you can buy at any coastal tourist store. My understanding is that puffins can frequently be seen building their nests on the rock too, although we didn’t see any while we were out there (I’m guessing not the right time of year?). I was in all my glory taking pictures upon pictures of all the sea life. It was the first time (that I remember) seeing real, live sea stars. I hopped around to different sides of the rock in search of other unique creatures to take pictures of while my patient husband stayed back and observed the smaller tide pools with Indy. We stuck around long enough to watch the sunset and take some family pictures before heading to our temporary home away from home. 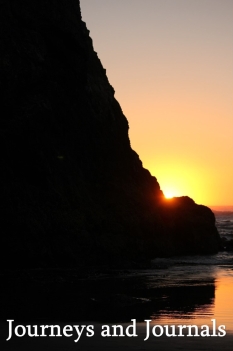 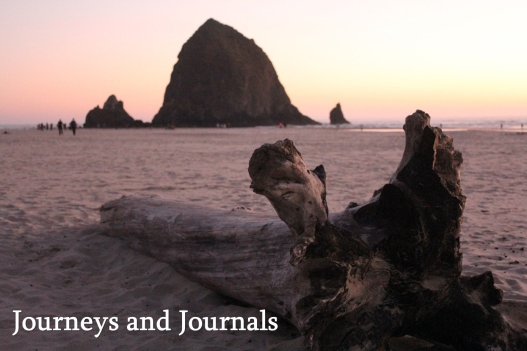 So, random other observations of Oregon/our day, in general. 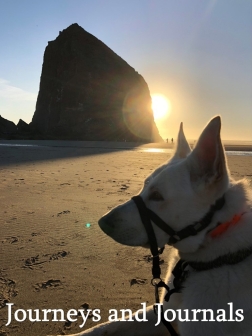 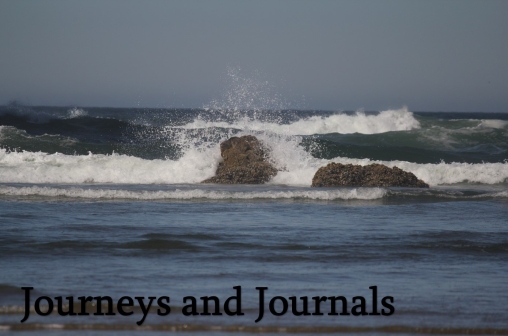